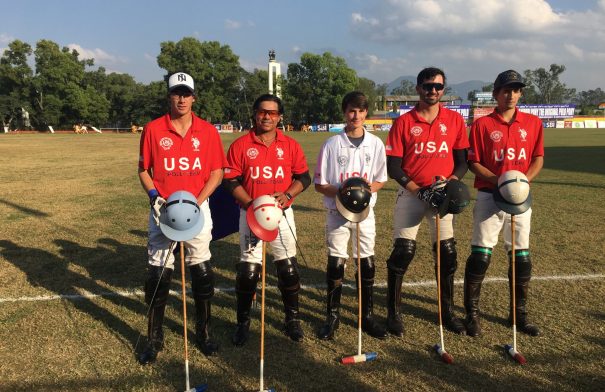 Maryland Polo Club members Nate Berube and Brennan Wells travelled to Manipur, India with Kegan Walsh, Nick Johnson, and Jorge Vasquez to represent the USA in an international tournament. Ed Armstrong accompanied the men to coach them as they played mounted on Manipur ponies. It is noted that there are only 500 Manipur ponies left in India. This match was played not only to promote polo in India, but to “save the Manipur ponies”. All games were extremely competitive. USA tied Argentina for 2nd place in the tournament.