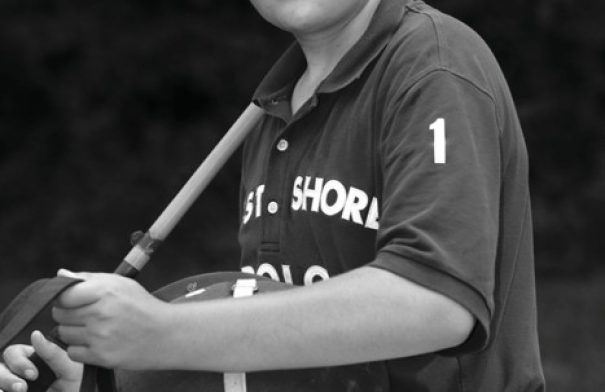 George, the son of Max Hempt and his wife Amy, is a fifth generation polo
player. He started riding at an early age, and began to play polo competitively four years ago. During the past four winters he played in Interscholastic tournaments on the prom-ising West Shore Interscholastic team under the direction of Cindy Halle and Posey Obrecht. The team won the National Championship Tournament this year. George will be playing for his father’s West Shore Polo team this summer. He will be a freshman at Roger Williams University in Rhode Island this fall.