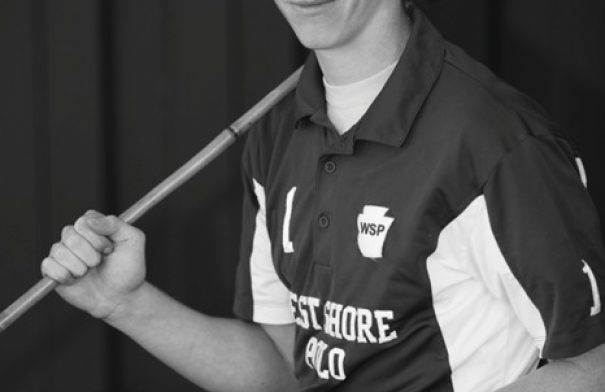 Ben has been playing polo now for 8 years. He has spent the last several years playing arena polo for the West Shore Open Varsity Team with his good friends and teammates George Hempt, Tommy Huber and Jackson Bennett. The team practices at Garrison For-est School, coached by Cindy Halle and Posey Obrecht. This year the West Shore Open Varsity team won the Regional Championships then went on to win the 2015 Interscho-lastic National Open Championships, held in Houston. He has spent the last several sum-mers playing outdoor polo with the Maryland Polo Club. Ben is a recent graduate form the Friends School of Baltimore. In the fall, Ben will be attending the University of Con-necticut, where he plans to continue to play polo.