Saturday, June 18th, 2022 ~ Maryland Polo Club kicked off their first tournament of the season in the EHHC Arena with an enthusiastic group of intermediate players! The WCT Arena B Flight had nine participants representing Midlantic Ltd. and Pinkard Properties. Club President, Olivia Berube, and experienced players, Samira Waernlund and Pam Patton, coached and played alongside a talented group of  women. The first half finished tied at 4-4. The third and fourth chukkars saw goals scored by beginners and seasoned players to finish up with a win for Pinkard Properties 10-8. 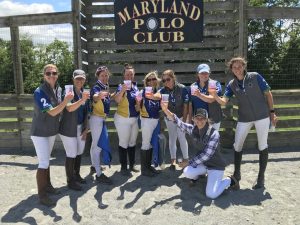 Most Valuable Player for the match was given to Tammy Wiggs. 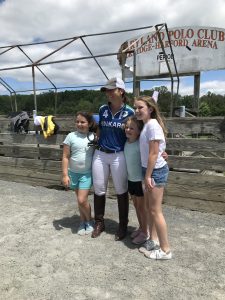